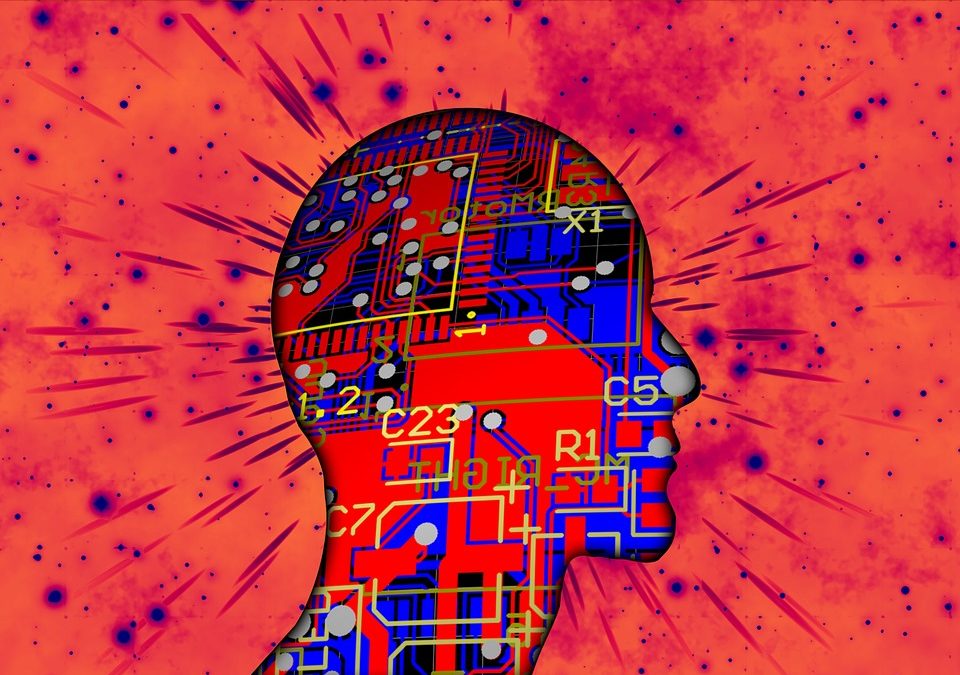 There is a recent increase in interest of Bayesian analysis, see for example our systematic searches in the fields of psychology, educational research and the field of psychotraumotology and PTSD.

However, little effort has been made thus far to directly incorporate background knowledge via the prior distribution into the analyses. This process might be especially useful in the context of latent growth mixture modeling when one or more of the latent groups are expected to be relatively small due to what we refer to as limited data. We argue that the use of Bayesian statistics has great advantages in limited data situations, but only if background knowledge can be incorporated into the analysis via prior distributions.

We highlight these advantages through a dataset including patients with burn injuries and analyze trajectories of posttraumatic stress symptoms using the Bayesian framework following the steps of the WAMBS-checklist.

In the included example, we illustrate how to obtain background information using previous literature based on a systematic literature search and by using expert knowledge. Finally, we show how to translate this knowledge into prior distributions and we illustrate the importance of conducting a prior sensitivity analysis.

From our analyses, it appears there are “degrees” of prior settings that produce viable results, rather than just one setting of priors giving “good” results. For example, one of the criticisms that may arise regarding our approach is that one could argue that the priors are doing all of the work, especially in the presence of small groups (or classes). Because of the priors resembling a plausible parameter space, we are increasing the power to detect a small group in a dataset rather than completely constructing the group based on highly informative priors.

The full paper is published and below I share the main results.

We put all the relevant information needed to replicate our findings, including the systematic review data, all the R-scripts, Mplus code and, logbooks, the example data, and much more, on the Open Science Framework. 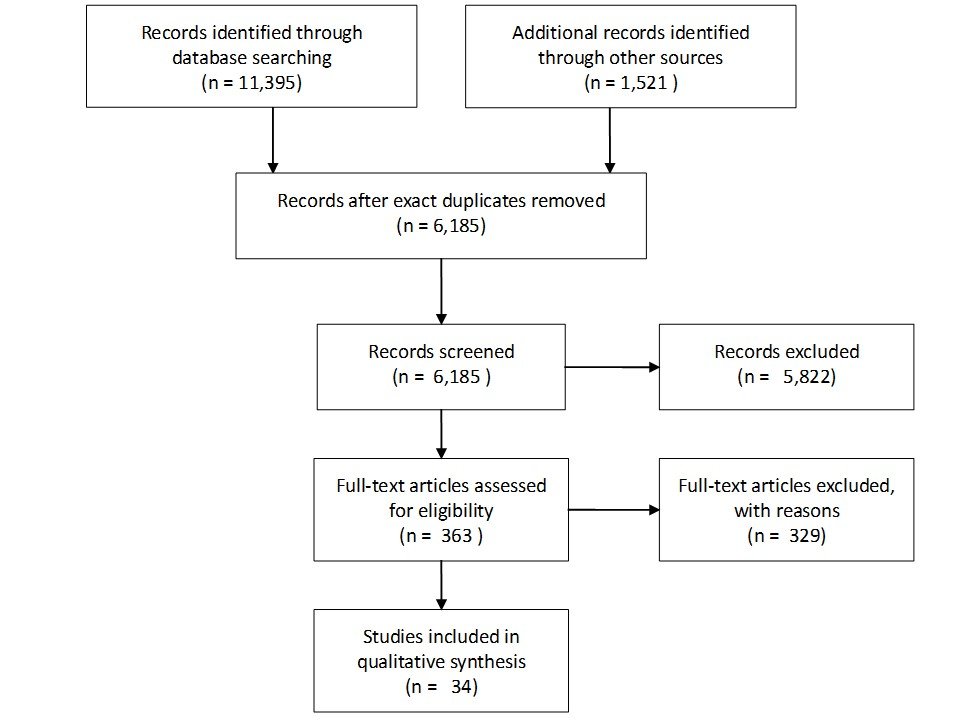 PRISMA flow chart for our systematic search. The search for articles using LGMM to study the development of PTSD focused on four major databases: Pubmed, Embase, PsychInfo, and Scopus; see Appendix B for details and an overview of the included PTSD-papers.

Overview of the included PTSD-studies including their measurement points. 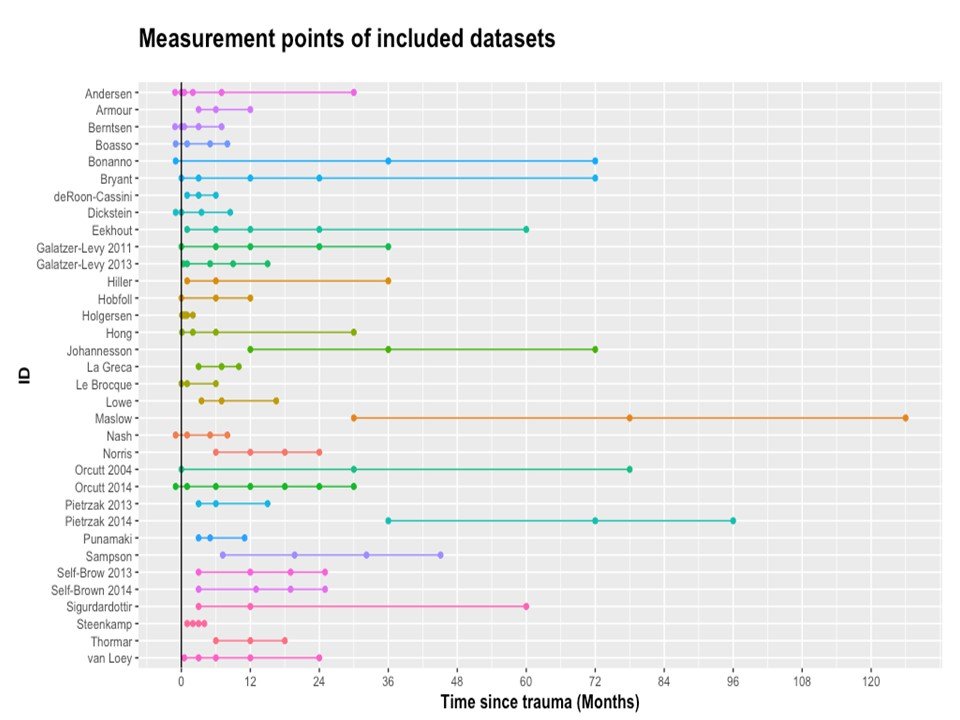 We used the findings obtained from the systematic search, as well as experts’ opinions to specify a plausible parameter space.

Summary of the background information based on the expert elicitation during the ISTSS symposium about the trend line for the four ‘classical’ PTSD trajectories, thereby defining plausible parameter space. 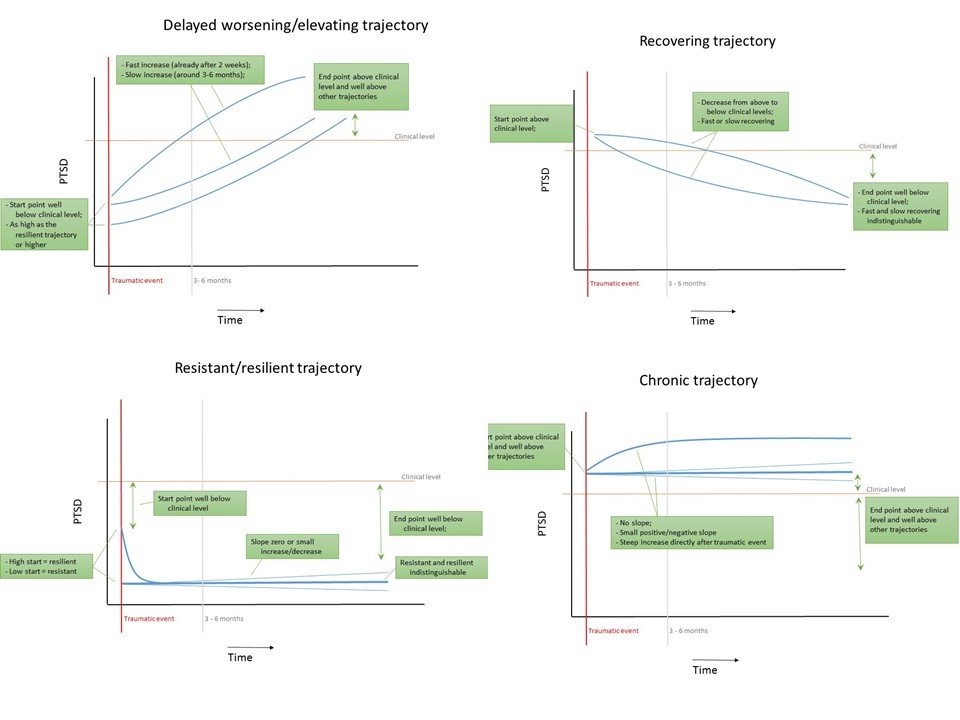 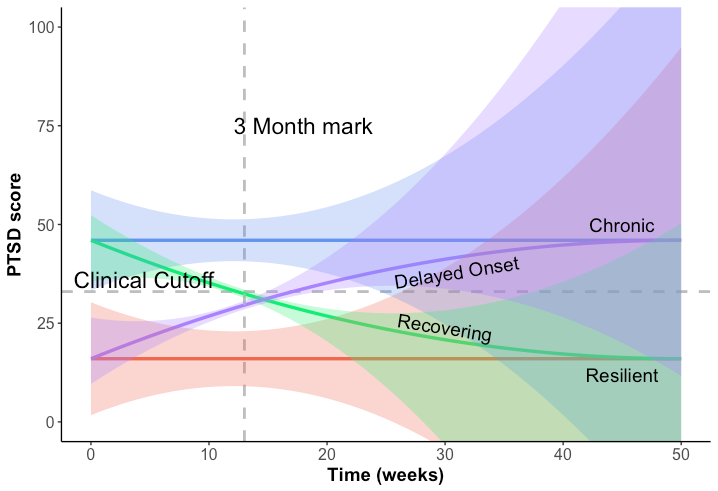 In a sample comprised of burn patients, we illustrate how Bayesian estimation might overcome the limited data issue. The data used in the current study were previously described by Van Loey et al. (2003) and include a multicenter cohort of patients with burns who were admitted to a burn center between.

After specifying the statistical model and putting all of the priors in place, we estimated the model to inspect convergence according to the steps as described in the WAMBS-checklist.

Graphical representation of the posterior results for the different models we fitted on the data. 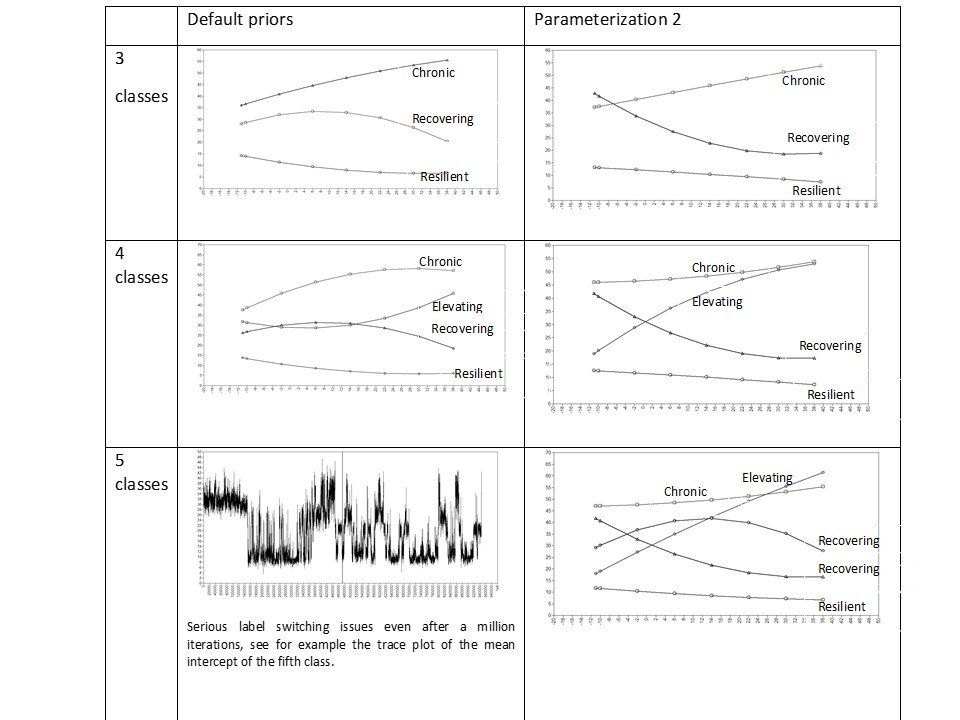 The results from the final model comprising the four trajectories support the leading opinion derived from the literature on PTSD trajectories and from experts in the field: In the aftermath of a traumatic event, a resilient, chronic, recovery, and delayed onset trajectory may appear. The final model was able to incorporate both the smaller and the larger sized trajectories, which is important considering their clinical relevance. Particularly the small delayed onset trajectory may be overlooked in clinical practice. In particular, after the acute phase during the first weeks, trauma-exposed individuals may not be in touch with caregivers after the hospitalization phase. The awareness that small but clinically relevant trajectories may appear, even beyond the acute phase, may help clinicians to develop efficient follow-up/screening programs and to provide these individuals with help when indicated.